Mexico is one of the best places in the world to see whales.  With it’s warm coastal waters and protected bays for calving, many whales travel thousands of miles to come here every year to give birth and nurse their young.  In fact, every year thousands of whales head to the west coast of Mexico from Oaxaca to Baja and spend time in the waters of the Pacific.

So where exactly are the BEST places to go to whale watch in Mexico?

Where to see whales in Mexico?

(We set out on a giant road trip down the Baja Peninsula in search of whales and sea life, that you can read all about here.)

Where to see Gray Whales in Mexico

Gray whales give birth to their calves along the coast of the Baja peninsula, just south of the US California border before making a massive trip north to mate again.  Gray whales are commonly seen from January-April in three major locations: Laguna San Ignacio, Bahia Magdelena, and Ojo de Liebre (where we visited).

Gray whales grow to about 40-50 feet long and weight 30-40 tons each.  Gray whales are typically foragers and use their snout to dig up food along the sea floor. 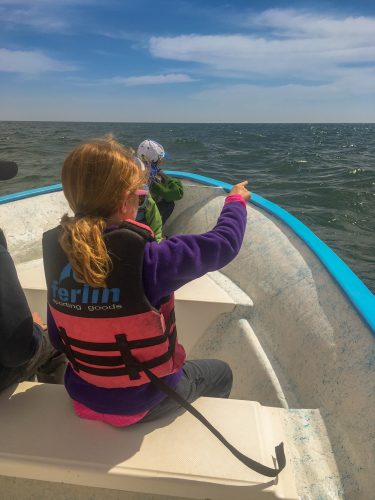 If you go to see the gray whales in Ojo de Liebre, you have 2 options for tours.  The first is to take a boat out of Guerro Negro which will take you down to the calving bay, and the other is to go to Ojo de Liebre for a tour.  Whale watching tours out of Guerro Negro are typically longer since it’s farther away, and can range from $40-$75/person.  Tours must be booked a day in advance.

If you go out to Ojo de Liebre, tours are open to anyone who walks in with no reservations needed.  The first boat of the day leaves at 9am, and subsequent boats depart when customers arrive.  The cost of a tour here is $40/kids (6-12) and $50 for adult.  These tours are typically shorter that the tours out of Guerro Negro. 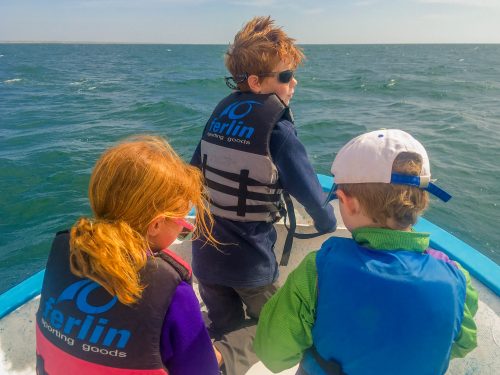 Books to teach you more about Gray Whales

If you want to learn more about Gray Whales before you see them, here are a few books, that I’d recommend:

Where to see Humpback Whales in Mexico

If you have your heart set on seeing humpback whales, then your best shot is to look in the area around Mazatlan.  Whale season is from December-March in Mazatlan and will cost about $100/person.  With many cruise ships stopping here, there is no shortage of companies offering whale watching tours!

Humpback whales breed and give birth in the warm waters near Mazatlan so there is really a lot of action that you’ll be able to see.  Humpback whales are the most likely of all whale species to jump out of the water and breech, so this is a common sighting on a humpback whale tour.

Humpback whales are also well known for their melodic noises which often go on for hours at a time.

Books to teach you more about  Humpback Whales

Before you see the Humpback Whales, here are a few books to read:

Where to see Blue Whales in Mexico

Blue Whales are not only the largest whales in the world, but they are also endangered.  This makes seeing them an even bigger treat.  To see Blue Whales, your best chance is out of the town of the Loreto.  Because Loreto is a smaller town, you’ll want to make arrangements in advance to whale watch there (even if it’s just when you get into town a couple days in advance).  They are most commonly found in February and March.

Because Blue Whales deep dive for long periods of time, going on a trip to spot Blue Whales takes a significant amount of patience.  However, when they do come up for air, it’s quite the spectacle.

Books to teach you more about Blue Whales

Before you go see the Blue Whales, take some time to learn more about them.  Here are some great books to explore:

Whale sharks aren’t actually whales or sharks, but actually the second largest fish in the world.  Nonetheless, because of their sheer size they undoubtedly need to be included here.  Whale sharks love to spend time in warm tropical waters and eat primarily plankton.  As water temperatures increase the amount of plankton in the water increases as well which attracts the whale sharks to the eastern coast of the Baja Peninsula in the Sea of Cortez.

One local tour operator in Bajia De Los Angeles said that during the prime whale shark season (around late October), the water is so full of plankton that it can be difficult to see.  However, the whale sharks love it there and we were told that if you stand on the hills above the bay, you can often see as many as a dozen whale sharks swimming at one time.

Whale sharks are considered to be incredibly docile, so even for a novice, swimming with whale sharks is considered safe.  In Bajia De Los Angeles, we were quoted at $300 for a 4-hour whale shark excursion for our family of 7 including our 5 young kids.  In Cabo, you will be paying higher prices since you are in a tourist area, so prices are commonly $100+ per person.

Swimming with whale sharks is one of the most incredible experiences that I’ve ever had.  I’ve been fortunate enough to swim with whale sharks in both the Red Sea and the Indian Ocean.  We were hoping to add Mexico to our list, but the prime time to see whale sharks in Mexico is in the fall in Bajia De Los Angeles and from October to April in Cabo.  Cabo is also a great place to add an ecotour to your trip.

Books to teach you more about Whale Sharks

If you want to learn more about Whale Sharks before you see them, here are a few books, that I’d recommend: 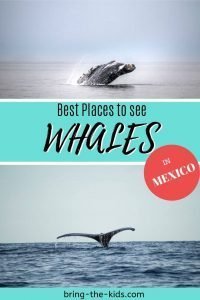 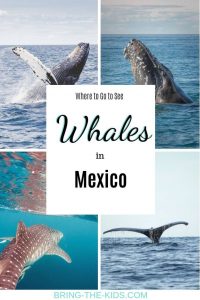