When our neighbor was over and we told her that we were headed up to South Dakota, her response was “Why would you go there?”

Sure there are some areas that are as eventful as the 250 millionth corn row of Kansas, but if you hit the right spots, South Dakota has so pretty sweet spots, specifically around the Black Hills.

We’ll post on the adventures in the Black Hills soon, but first we have to tell you about the awesome yurt stay.  If you are ever headed to this area from the south and pass through Cheyenne, we’re recommending one of the greatest night stays you can have along the way…Yurt Camping in Guernsey State Park.  Seriously, it rocks! 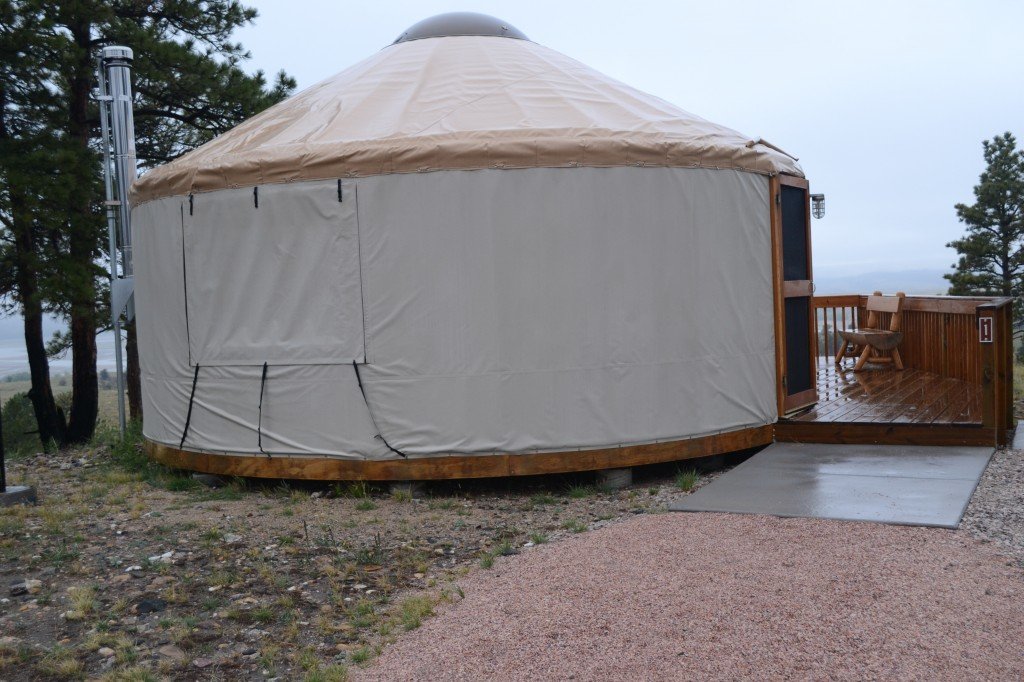 First off, let’s just say that it was during all of the crazy flooding that has just happened in Colorado. It had been raining for almost a week straight and we were ready to leave and see some blue sky.  Second, it was Jessica’s B-Day and we planned the coolest overnight stay on the way there.

So with all of the rain, we were sooooo happy to have a great place to stay out of the rain, but also to begin the adventurer off right.  We were seriously almost as excited about the yurt stay as the whole rest of the trip!

Ok, so here is a little bit about Yurt camping.

They are cheaper than a hotel and sooooo much cooler!

They are much more roomy than a tent, and also than many hotel rooms.

The kids loved it.

We met with Todd Stevenson, the amazingly kind superintendent at Guernsey State park who told us all about them.

Here are some specifics on the Guernsey Yurts:

Their location isn’t very clear on the map or online (unless you know the park well), so we actually drove around searching for them for about 45 minutes before we actually found them.  We were so close to turning around and then we said, let’s look at one more sign and amazingly there it was!  Since the location isn’t yet marked well, they are located up near the Castle, an old CCC project from the Great Depression era.  From the south entrance, take Skyline Drive across the railroad tracks, right when it turns to dirt and straight until they get to the top of the first big hill and they are right up on top.  Here are the coordinates for them. 42.30945, -104.78646 Put that in Google Maps and it will show you where they are located.  The only thing is that the satellite photos aren’t updated yet, so you won’t see them, but trust us, they are there and you’ll have a great time if you go.

By the time we found it, the kids were passed out and hardly even recognized that we were somewhere cool, they just wanted their sleeping bags! In the morning though, they couldn’t be stopped from running around, climbing, exploring and loving it.

You’re not limited to Guernsey State Park.  There are many yurt systems throughout the US.  Many state part systems here in the west have yurts to stay in.  For instance Alaska, Arizona, Colorado, Idaho, Montana, Nevada, Oregon, Utah, Washington and Wyoming  have them.  Also, you can rent private yurts throughout the country and also a big list of yurt companies with locations here and here.  You might also find some good backcountry yurts geared towards winter adventures in the mountains like these in Utah and Colorado (or here and here).  As you can see, there are tons of options.

But if you are headed north of Cheyenne, Wyoming for instance on your way to the Black Hills, Guernsey State Park is a great stop along the way and will make any venture up that way much more memorable. 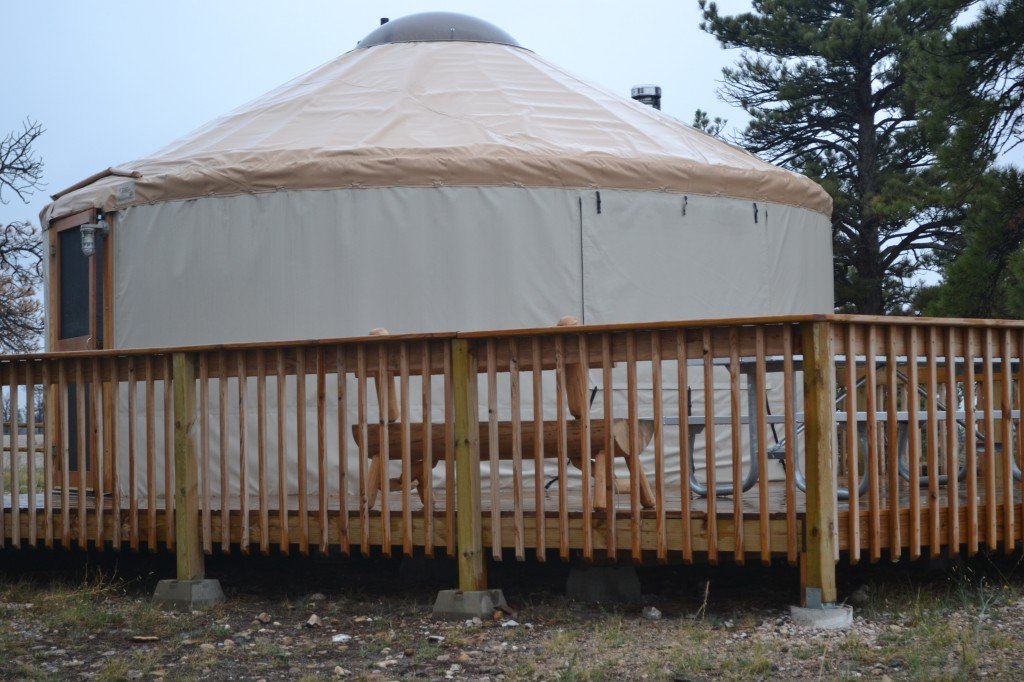 Thanks to Guernsey State Park for meeting with us and providing this yurt for us to stay in!


5 thoughts on “Wyoming adventures continued - Yurt camping on the way to South Dakota!”