In my mind, our visit to the Dead Sea in Jordan was going to be unforgettable.  We would bask in the warm water while the kids played around trying fruitlessly to dunk themselves.  We’d cover ourselves in the famous “Dead Sea Mud“, where we would also be grinning the whole time and the inevitable mud-fight would ensue, complete with shrieks of laughter.  It was going to be PERFECT!

Well, our trip to the Dead Sea was unforgettable…in a completely horrible way.

First of all, since we were spending most of our time in the southern part of Jordan, we decided that we would opt for visiting the south end of the sea, rather than driving all the way to the north, where most of the commercialization and resorts are.  Sounds like a good idea, eh?  I mean we would save a couple hours of car time and surely find a beach that wasn’t packed with tourists.  We thought we were brilliant!

As soon as we pulled up to the beach, we realized we weren’t alone.  No there were no other people, just millions and millions of flies.  Um, YUCK!  It was intense (and my family raised pig growing up and I’ve never seen flies this thick).  We quickly rushed the kids off to change and shooed them down to the water.  Thankfully, once we got down to the water, the flies started to subside.  I’m convinced that they knew better than to get near that toxic liquid. 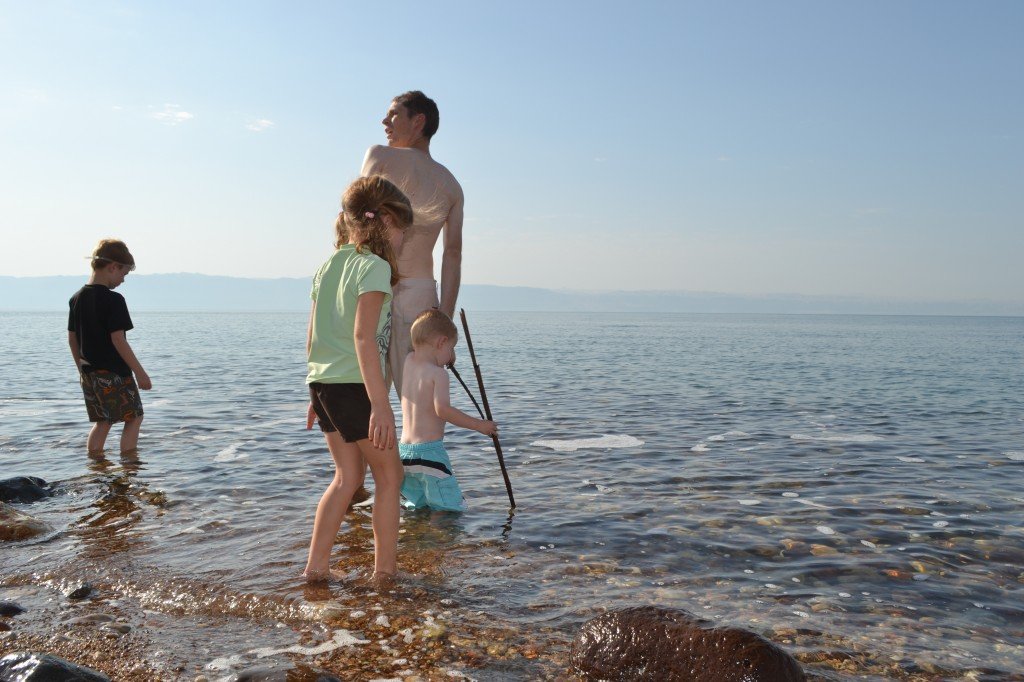 So before I tell you how traumatic it was to swim there, I must set the stage for you a bit here.  Between our family and the other family we were with, there were 7 kids.  These seven kids had been hiking like crazy people non-stop for the last 2 days, exploring every inch of Petra that they could get to (and hiked over 35 km in the process).  As you can imagine, the number of scrapes and scabs that covered their little bodies was impossible to count.  Let’s face it – any kid who is out playing and climbing in the desert would look exactly the same!

The first minute in the water was great.  The dads and kids got in first and we snapped a few shots of the kids effortlessly floating in the sea.  At this point, I was thinking that my magical moment was going to happen after all! 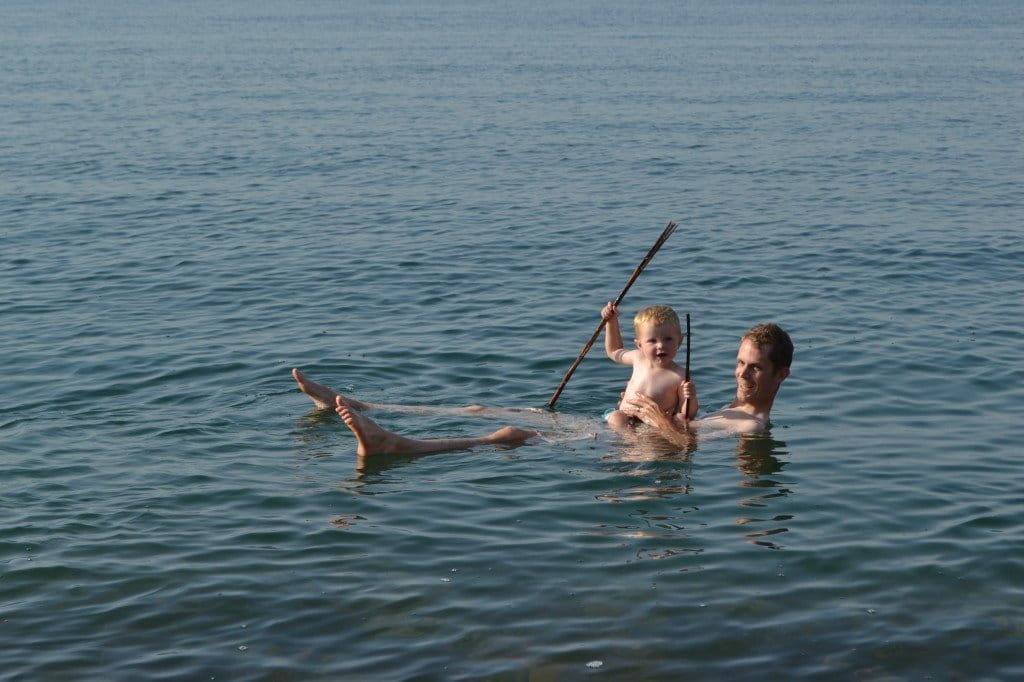 Then all hell broke loose as the screaming began.

First one kid and then the next, until all of the kids were screaming in pain.  The salt water (there is over 30% salt content in the Dead Sea) was seeping into each and every scrape and cut that the desert had left on their bodies and was beginning to inflict insane pain on all of our kids.  We rushed them up the hillside to the showers as quickly as we could (thankfully we went to a real beach with showers or we would have DIED).  There was screaming, crying, shrieking as the water found its way into every nook and cranny in their little bodies.  I couldn’t help but thinking what a horrible idea this was.  Honestly, I wish I had pictures to show you just how painful it was, but I was a little busy trying to hang onto any shred of sanity I had left at that moment, so the camera was the last thing on my mind.

It was miserable.  My moment was shattered.  The flies, the water, the screaming…it just sucked.  Oh and to top it all off, we ended up at a rocky beach without any mud to be found.  The only thing that went right was that I had enough sense to leave our baby out of the water (thank goodness I at least had that much sense).

So just a word of advice, if you’re thinking about taking your kids to the Dead Sea – DON’T.  There are plenty of great things to see in Jordan without having to endure this kind of pain! 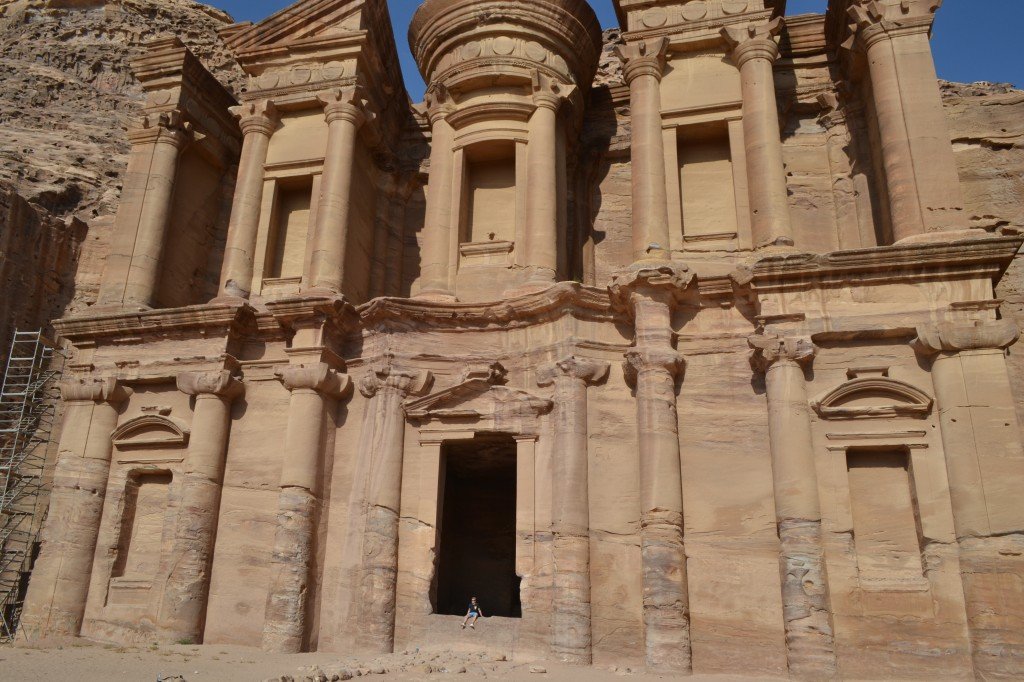 As a side note:  Since we have returned, we have talked to several people we know who have visited Jordan and many people enjoyed the Dead Sea experience.  However, all of them seemed to like it more because they were staying at spa resorts than because it’s actually cool.  The spas would not only spray for the flies, but they would have nicer facilities as well than what we found at the south end beach.  Still, even with knowing that, I’m never going back!

3 thoughts on “Why I hated the Dead Sea, and my kids never want to go back!”