The sun rising over the desert.  The thrill of diving with whale sharks in the Red Sea.  The tombs and ruins that we explored without anyone else around.  The echo of the call to prayer throughout the day.

These are some of the things that I love most about Saudi Arabia.

The announcement that Saudi Arabia is opening up its borders to tourists in 2019, is a groundbreaking announcement.  After living in Saudi Arabia for almost 4 years with our family, we couldn’t be happier that the rest of the world can now see the parts of the country that we fell in love with during our time there.

How to get a tourist visa for Saudi Arabia

The process to open up the Kingdom of Saudi Arabia to tourism has been a long road, and is part of the kings 2030 vision for the country.  In recent years, the rights of women have been greatly expanded to include driving, voting, and being allowed to be alone with a non-related male in public.  The kingdom has also allowed movie theaters in (which have been forbidden for decades), and also allowed women at concerts and sporting events that were previously only for males. 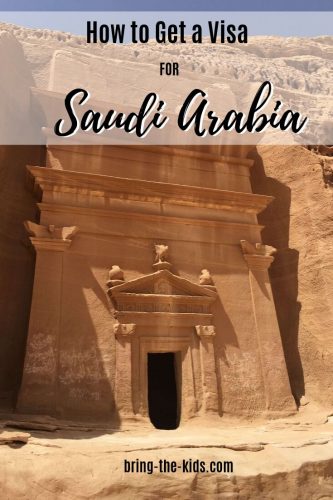 How do I get a tourist visa to Saudi Arabia?

The Saudi govenment is making efforts to help the toursit visa process be as smooth as possible.  To obtain a visa, you’ll need to go to this site and enter some personal details as well as some information about your travels.  They will also ask you a series of security questions in your application.

After you apply for your visa, you will need to pay a visa fee of 440 SAR (about $117 USD), afterwhich your visa will be delivered elctronically to you.

Prior to this, this only way for foreigners to enter the country was for religious reasons (Muslims performing Hajj or Umrah) or on a work visa (the type of visa our family had).  Tourist visas were incredibly rare and were only given under special circumstances.

Who can get a tourist visa to Saudi Arabia?

Saudi Arabia has opened up its borders to citizens of 49 different countries.  Passport holders from the following countries can get a tourist visa to Saudi Arabia:

While this list is a great start, it’s anticipated that many other countries will be approved for Saudi tourist visas in the future.  If you want to visit Saudi Arabia as a tourist and your country isn’t listed here, contact your local Saudi consulate or embassy.

How does a Saudi Tourist Visa work?

Saudi visas must be used within 90 days of being issued.  They are valid for one year and allow mulitple visits as long as you do not stay in the kingdom for more than 90 days total.  It is issued to your email, so upon entry you must show proof of a purchased evisa.

What is there to see in Saudi Arabia?

Saudi Arabia is one of the biggest countries in all of Asia, and holds a massive amount of history and beautiful places.  You really need to read this article about the 10 most amazing places to visit in Saudi Arabia!  Here’s a few quick ideas to get you started (seriously, you NEED to read this!)

Is it safe to travel in Saudi Arabia?

Travel in Saudi is actually incredibly safe (as long as you don’t factor in what horrible drivers they are).  We lived in Saudi for years and never felt like we were unsafe or in any sort of danger.  We’re white, and we have 5 kids who all have blonde or red hair so we really stand out in a crowd and we never had any problems.  In fact, we experienced more hospitality in Saudi than we have in any other part of the world.

Traveling to Saudi Arabia is just like traveling anywhere else in the world.  Be careful where you go, be aware of your surroundings, and respect the local laws and customs and you probably won’t have any problems. 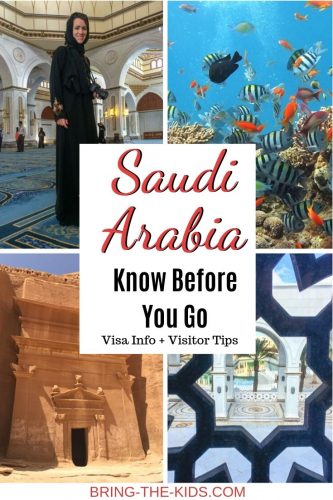 What should visitors wear in Saudi Arabia?

With the announcement that Saudi will offer tourist visas, they also announced that foreign women no longer have to wear an abaya!  Hallejullah!  That being said, they said that visitors also need to dress modestly and know a bit about the dress code in Saudi Arabia for visitors.  Keep in mind that the Western idea of modest and the Saudi idea of modest are very different.

What should men wear when visiting Saudi Arabia-

Saudi Arabia dress code for foreign men.  Men can wear short sleeve shirts and pants, though shorts are becoming more and more common among foreigners in Saudi Arabia.  What do Saudi Arabian men mostly wear?  The thobe is the traditional dress for men and you will see it frequently.

What should women wear when visiting Saudi Arabia – 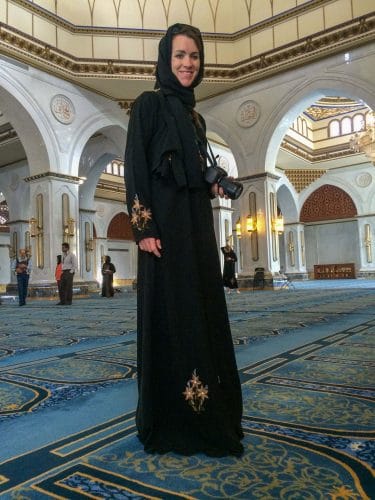 While the government says that women do not need to wear an abaya, it’s a good idea to have one just in case.  There may be places where locals will ask you to wear one, or if you want to fit in, an abaya is the only way to go.  Here’s a good option for a traditional abaya, and if you want one that’s more modern, consider this colored abaya (abayas can be any color, black is just the most common)

Is it safe to drive in Saudi Arabia?

Like I mentioned before, the only time I ever felt unsafe was when we were driving in big cities in Saudi.  While there are technically driving laws in Saudi Arabia, I never saw one enforced and the roads are essentially a free for all.  Expect that people will tailgate you, cut you off, and practially run you off the road, all while driving 120 kph in a residential neighborhood.

To give you an example, I’ll share with you a bit about my ambulance ride to the hospital while I was in labor with our 4th child.  The ambulance had it’s sirens and lights on the entire time, but no one moved out of the way, so instead it started to weave in and out of traffic to the point that I felt like I was living inside a game of Frogger (all while having strong contractions and praying that the baby wouldn’t be born en route).  Eventually, the ambulance driver started honking like crazy and started driving on the sidewalk to get to the hospital (followed by a stream of frenzied drivers).

When we moved to Saudi Arabia I was upset that I couldn’t drive, but after one trip into the city, I was happy to just be a passenger for the rest of our time there, simply because the drivers are so bad!

The good news about driving in Saudi is that the traffic is really only bad in the cities and there are really only 3 major cities in the entire country (Jeddah, Riyadh, and Dammam).  There are other cities as well, but these are the cities where the traffic and drivers are the worst.

If you’re planning on being in a big city, plan on taking taxi’s or Uber’s or ask for your hotel to arrange a driver for you (a very common practice in the kingdom).

If you’re planning on getting off the beaten path more, then absolutely drive yourself.  Saudi is a massively huge country and I think that some of the most amazing places are in remote areas.

Yes, women can now drive in Saudi Arabia and have been able to since 2018.  To drive in Saudi, you need a locally issued drivers license, or if you’re a visitor you’ll need a valid international driving license if you are a woman renting a car in Saudi.

Can I visit Mecca as a tourist in Saudi Arabia?

No, you cannot visit the holy cities of Mecca (Makkah) or Medina as a tourist to Saudi Arabia, unless you are a Muslim.  As you approach both of these cities, there are signs to reroute non-Muslims around the city. 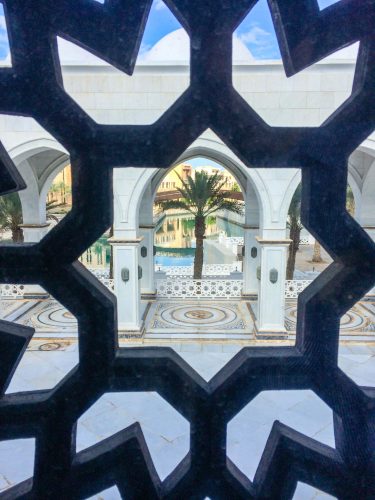 How does prayer time work in Saudi Arabia?

Prayer time is strictly observed in Saudi Arabia.  While you are not required to pray, every store shuts down for 30-45 minutes for every prayer time (there are 5 each day).  It can make shopping a major hassle, so you must plan your whole day around it.  If you are inside a restaurant before prayer time, they almost always let you stay inside and eat, but you are literally locked in.  The tricky part is that prayer time is based on the sun, and is slightly different every day.  Download a prayer time app before you go so you know exactly when to expect shops to close.

Yes, in fact, with the new rules allowing women to drive, it’s easier than ever for solo women travelers to visit Saudi Arabia.  In the past, there have been issues of guardianship and ideas that a woman needed a man to be able to travel.  However, those ideas are mostly customs of the ultra-conservative sects of Islam and are really just rules that families enforce.  Traveling solo as a woman is not breaking any sort of rule or law, no matter what people tell you.

What not to do in Saudi Arabia 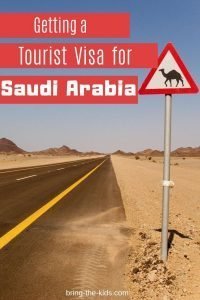 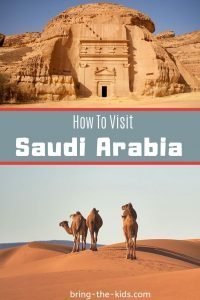