It’s the tallest mountain in Africa, the worlds largest free standing mountain, and a bucket list item for many people.

So why in the world does it have to be so expensive to climb? 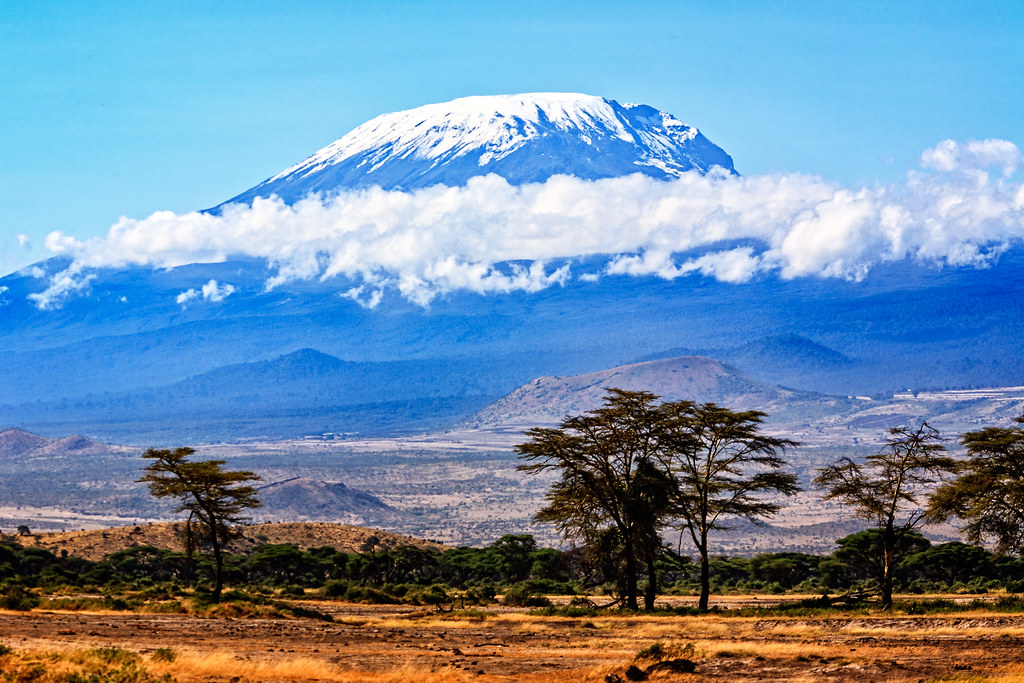 I know after checking out lots of guiding services and trip packages, you’re likely to call my bluff and click away.

But what if I told you that we climbed Kilimanjaro on a 6 day trip up the Machame Route for less than $700?

Okay, it was ten years ago so now I’m guessing you’d pay closer to $1,000, but the trick that we used to score that deal is just as good today as it was then.

Honestly, we really didn’t know what we were doing.  Andrew and I were planning on spending the summer in Kenya and figured that since we were out there, we might as well do Kilimanjaro too.  We packed some extra gear, and a Lonely Planet guidebook and took off.  Nothing about that portion of the trip was prearranged.  We just knew that there was a bus that would take us from Nairobi to Moshi Tanzania for relatively cheap and handle the border crossing for us.

When we got off the bus, our goal was simple – find someone to take us up the mountain.

Now unlike a lot of other mountains in the world, a guide is REQUIRED for Kilimanjaro.  I suspect that this is to help the local economy as much as it is to protect the climbers, but regardless of the reason, it’s mandatory.
Luckily as we got off the bus, we were bombarded with people offering us tours and safari’s.  Quickly seeing that the ball was in our court, we told them the route and length we were looking for and started asking for prices.  As the guides started to sense the competition, their prices got lower and lower.  Once we felt good about one company and what they would provide for us, we agreed to go back to their office and discuss the details, but only after we had made a point of getting their competitors number and loudly announcing that we would call them if we couldn’t get a good enough price with the other company.

After a pretty easy 40 minutes or so of negotiating, we were all set.  We were joining a Canadian hiker and between the three of us, we had a guide and 8 porters (they carry all your food and gear for you as well as hauling water to the nightly camps.  All of this for less than $700 (which wasn’t the lowest price, but the best overall deal to get what we wanted, and what we felt was the safest option).

Now how did we make sure we didn’t get into a bad situation?  We made sure we had done our homework before negotiating.  We knew the route we wanted and how many days we would need to successfully aclimatize (the biggest reason for people not making it is going too fast and getting altitude sickness because of a LACK of aclimatization).  We knew where we wanted to hike and camp each night with the general climb hike, sleep low plan in mind.  We knew our physical abilities and how our bodies respond to high altitudes (or in my case, the typical non-response of my body after 14,000ft) and took that into account with our plan.  How did we learn all this?  Knowing ourselves, our limits, and of course trusting our little guidebook (thanks Lonely Planet)!  Had we just jumped right in without talking it out, we could have gotten into a bad situation

It wasn’t until we were on the mountain that we realized what a deal we had gotten.  Most of the other groups up there had payed $3-4k and some of them had paid $10,000 per person.

So the trick to getting a good deal in a developing country?  Figure out the details once you get there.  Sure it can be a little unnerving heading out without all of your plans in place, but we’ve done it time and time again and never had a major problem (especially in a major destination like Kili where there are lots of tour operators).  The companies that have flashy websites and brochures are the ones with lots of money (mostly because they charge so much).  If you want a deal, go with the local who knows his stuff, but just hasn’t taken his skills worldwide yet.

What are you waiting for?  Make your bucket list a reality TODAY!!

1 thought on “How to Climb Mt Kilimanjaro for CHEAP!”