When I got pregnant with Mason, it would be pretty safe to say that Andrew and I had been seriously bitten by the ‘play bug’.  He had just finished grad school and I was on summer break (I was a teacher) and we were playing like crazy before we had to get serious in the fall and start our new jobs.  That summer was a whirlwind of trips all over the west and then into Europe. 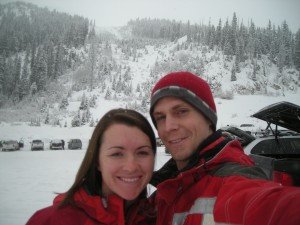 By the time Mason was born, we were by no means ready to slow down or give up the good times that we had been having.  So, we brought him along.  At first, it was a piece of cake (except for my moments of psychotic worrying) because newborns don’t do anything.  It honestly felt a little selfish because we didn’t really have to give anything major up, like everyone told us we would have to.  Sure, we would sometimes have to take turns
watching him (like when skiing or whitewater rafting) but we still did everything we loved.  Truly, newborns are the easiest!

Well about the time that Mason turned one, we had entered a whole new aspect of life.  Yes, we had a kid, but now he was moving, and moving FAST.  This was where the turning point was for us.  We could have chosen to stay home and go to the park or to baby music classes, but we looked beyond that.  We realized that he was truly happier when he was outside.  He loved to play in the dirt or be in the water.  He loved to follow bugs around and run and scream.  It was like when we took him outside, he came to life and we got to experience a completely different child than he was indoors.  Also, we were happier too.  We had more patience with him, we laughed more, and we relaxed.  Mason changed how we saw the world.  Instead of rushing past things, he forced us to slow down and appreciate the small things.  Everything from the mossy rocks on a hike to the ripples in a pond were now fascinating to all of us. 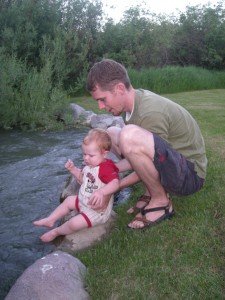 As we saw how valuable it was to be outside as a family, we started to realize that our once ‘selfish’ hobbies, could be easily adapted to include him.  The best part is that even though they were drastically simpler, they were just as fun because we got to experience them from Mason’s perspective.  We realized that the new parent mentality of “now that I have a child, I should be expected to give up everything for them” was flawed.  By making our children part of our existing lives, we have given them more, and in return we learned more than we ever thought was possible. 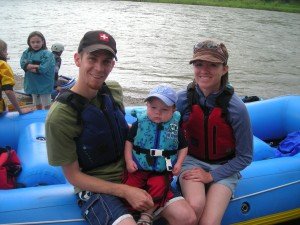 So go ahead and do what you want to do.  Find some way to involve your kids and make everyone in your family happier!  No, it’s not selfish, it’s smart!

7 thoughts on “Bringing your kids on adventures. Selfish or Smart?”