The night before camp started, the energy in the air was like Christmas Eve.  The older kids had their day packs packed and were bouncing off the walls as they rattled off questions to me about what their week was going to be like.

The next morning, Mason and Chloe were heading out for their first day of Avid 4 Adventure’s day camp, and they were positively giddy.  They were going to be spending the next five days climbing, mountain biking, canoeing, kayaking, and hiking.

Now if you’re a regular follower of Bring The Kids, you’ll know that none of those things are really “new” to our kids.  We take them out on these types of adventures as often as we can during the summer.  But this time was going to be different – Mom and Dad wouldn’t be there with them.  you see, we’re all about adventures, but 99% of the time, we’re doing them as a whole family – this was uncharted territory for the most part (and the kids were thrilled!) 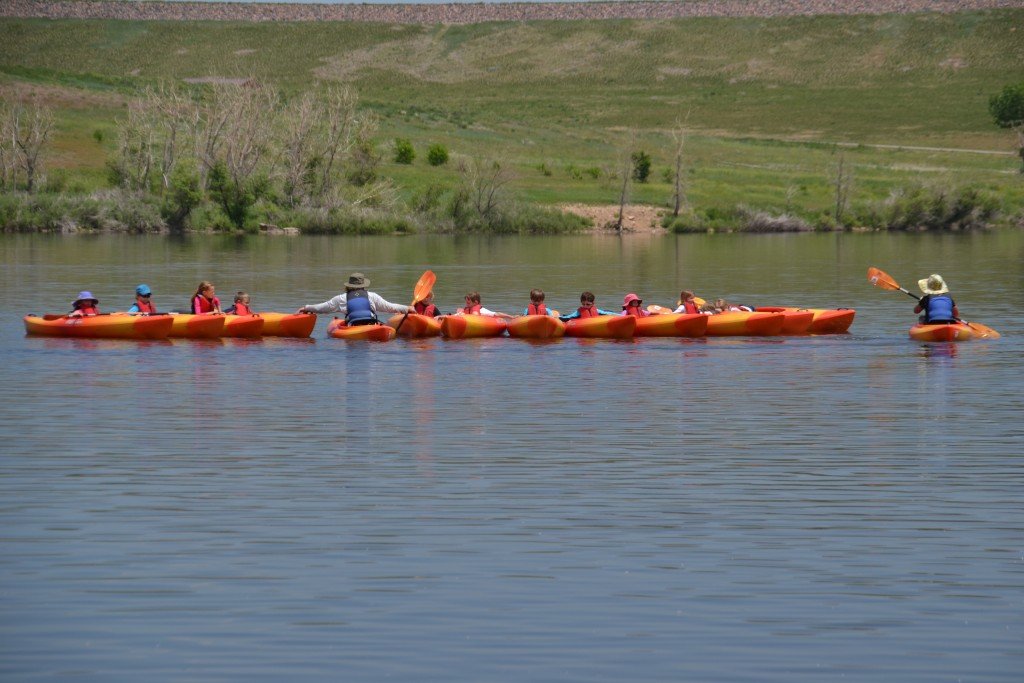 While they were excited, I was a little nervous.  Would they like it?  Would they find friends?  Would it be the awesome experience we were all hoping for?

Jitters and all, we headed out early Monday morning for camp.  As we unloaded the crew out of the car, we were instantly met by several excited camp leaders.  They were all eager to meet the kids and quickly whisked them off to play games while I checked them in.  I was instantly calmed by all their energy and knew that I was leaving the kids in good hands.  If these instructors were this excited about just meeting the kids, I could tell that things were only going to get better once they were out on their adventures.  Besides, I could clearly see that these were not your typical summer camp teenage counselors – most of them were at least in their mid-20’s and their outdoor experience was impressive!

Then an hour later, I looked into the backseat to see Mason’s lunch sitting there.  I started to panic knowing that this could easily ruin his day and possibly his week.  He is shy and would likely not tell anyone he didn’t have food and would just sit alone crying until someone noticed.  I quickly called the main office in an attempt to track Mason and his rock climbing group down.  The director was amazing and told me not to worry about bringing his lunch back, but that he would take a lunch out to him AND he would throw in a bunch of extra snacks since he knew that the first day of camp is tricky and 9-year-old boys take a lot of comfort in food.

Talk about comforting this mama!  We started out on a high note that first morning and things only got better from there.

Each afternoon when I picked the kids up, I was instantly bombarded as both of them fought for my attention to tell me all about their day.  I was flooded with tales of kid sized adventures, silly jokes, and outdoor antics.  In the mornings, they would swap stories and tell the other one what to expect (they were in different groups, rotating through different things each day).  Even though they were never together at camp, it was an amazing bonding experience for them, which I never expected.  Best of all, the kids literally could not stop smiling whenever they talked about it. 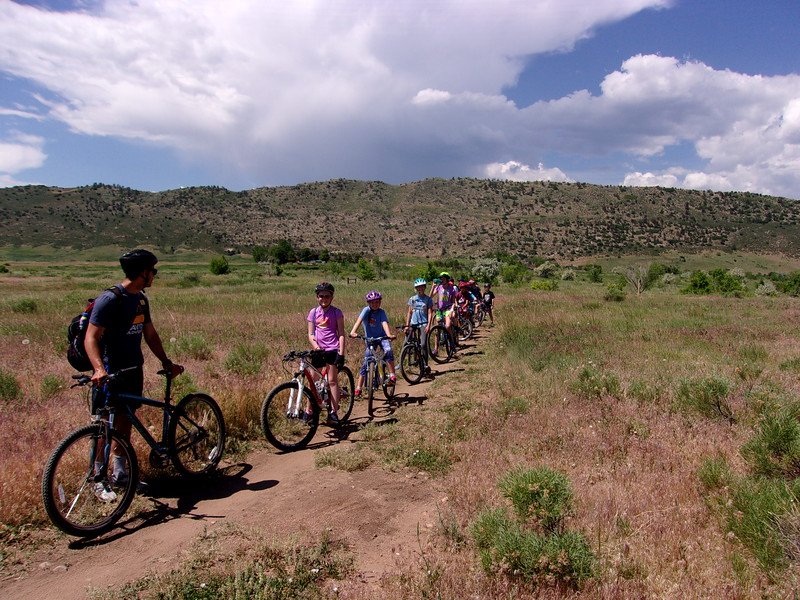 You see, this is one of the ways that Avid 4 Adventure really stands out from your typical day camp.  They provide genuine outdoor experiences that really push kids to take healthy risks.  In doing so, the kids increase their confidence and in their connection to nature. 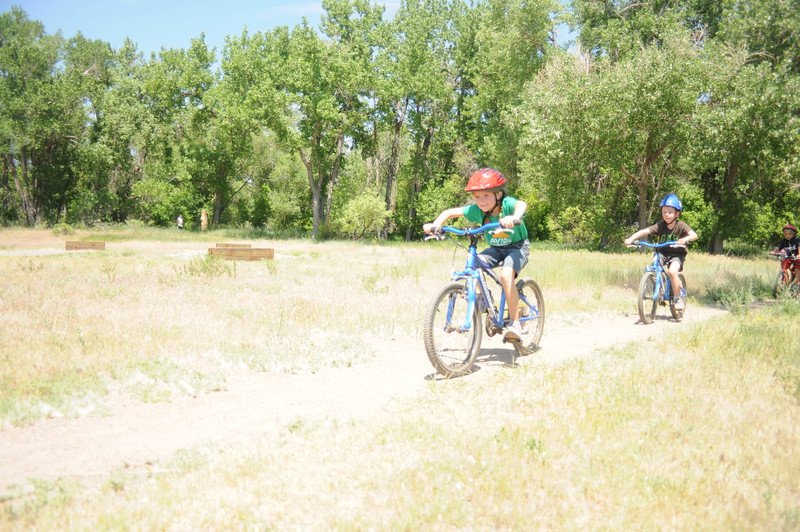 -Chloe kicked her ninja-monkey skills into high gear and was the only kid in her group to make it to the top of the hardest climbing route.
-Mason took the lead on his groups hike as the navigator and mapmaker for the day.  He was so proud to show me his awesome map and explain each and every bit of the hike to me when he got home.
-Chloe successfully completed her first single-track bike ride.
-Mason got more comfortable in a canoe and has now declared that it is more fun than kayaking, even though he won the “Stinky Fish” game while kayaking.
-Chloe mustered up some serious courage and ran across all of her groups kayaks in the middle of the lake (stay tuned for the whole awesome story next week).
-Mason learned that he really is a fast biker and after staying behind to help some of the slower kids in the group, sped up at the end and passed 4 kids on the last hill!

While none of these are life changing experiences in and of themselves, these are the moments that create the foundation for a healthy and active outdoor lifestyle for years to come.

It was truly an amazing experience.  I’ll tell you more next week about some of the specific ways that Chloe specifically increased her confidence, so stay tuned.

If you’re looking for a great camp experience in the Denver, CO or Bay Area, CA we highly recommend Avid 4 Adventure.  There are still a few spots left this summer so act quickly! 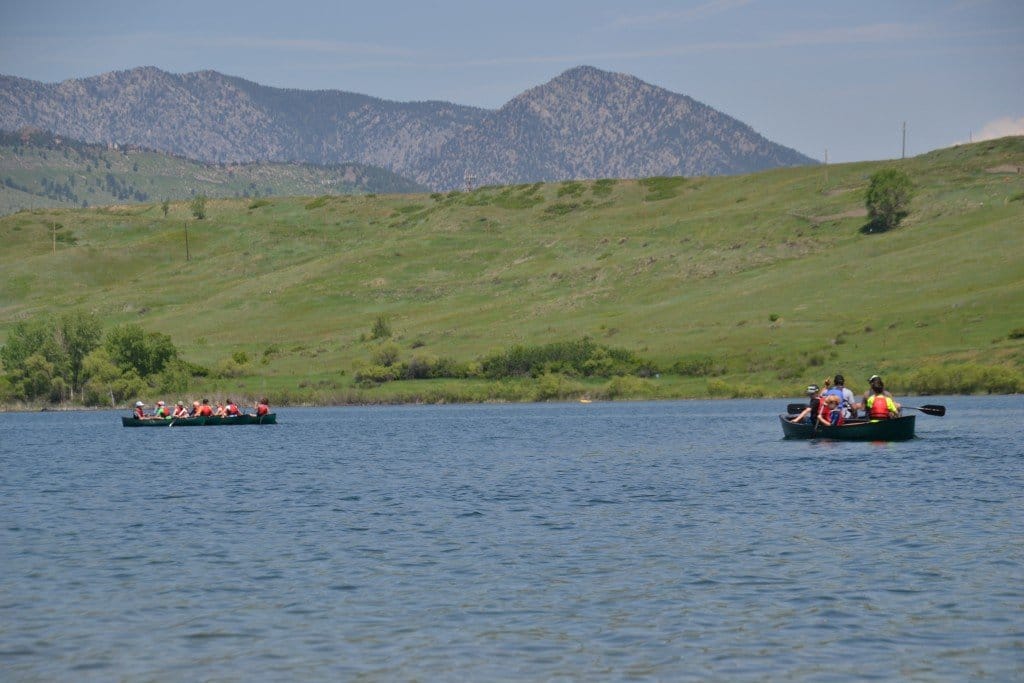 3 thoughts on “A Fantastic Week with Avid 4 Adventure”